What is Stop Motion Animation?

Stop motion animation (also called stop frame animation) is animation that is captured one frame at time, with physical objects that are moved between frames. When you play back the sequence of images rapidly, it creates the illusion of movement. If you understand how 2D drawn animation (early Disney) works, stop motion is similar, except using physical objects instead of drawings.

You see stop motion animation all the time—in commercials, music videos, television shows and feature films—even if you don’t realize it. While it is common for people to think of stop motion as just one specific style, such as clay animation, the reality is that stop motion techniques can be used to create a wide range of film styles:

Early stop motion was captured with film cameras. Animators could not see how their work looked until they got their film processed. They used surface gauges to keep track of where their characters were, and how far to move them. If the animation was not fluid, if the set had been bumped, or if the lighting was bad, the work was lost and the animator had to start all over again.

Later, special video machines allowed the animator to view the last one or two frames, and compare those to the live video from the camera. This allowed them to get a sense of how their animation was progressing.

In 2005, Corpse Bride was shot with the Canon EOS-1D Mark II, making it the first stop motion feature film captured with a digital still camera. Early DSLRs did not have live view, a feature where the camera can provide a video stream of the image through the lens. So, the studio had to use a secondary video camera to provide the video assist.

In 2007, Canon and Nikon introduced DSLRs with live view. Since then, DSLRs have been used to capture most of the professional quality stop motion that you see, from feature films to music videos to broadcast television series and commercials.

Dragon 1.0 (the original release of Dragonframe) was released March 1, 2008, and was the first stop motion software package to support both the Canon 40D and the Nikon D90 DSLRs with live view. This meant that the animator could see a fairly accurate through-the-lens preview of their animation as they went.

Dragonframe is the premier frame-grabbing software for stop motion animation and time-lapse photography. Using the live view of a supported digital camera, Dragonframe provides video assist tools for the animator, and is the central hub for capturing and organizing the high-resolution frames from your camera. 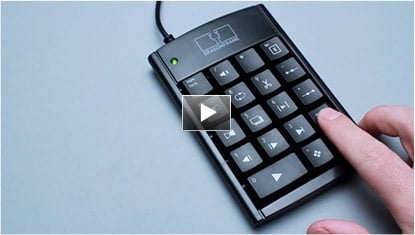 Dragonframe is an excellent frame-grabber, with tools such as step-to-live, onionskinning, auto-toggling, and drawing (virtual grease pencil). Dragonframe has innovated in the world of stop motion software by pushing the functionality beyond frame grabbing to provide a full assortment of production tools.

The five workspaces of Dragonframe software provide these tools:

Whether you are an independent filmmaker working on a project in your garage, a small crew working on a commercial, or a major studio making a feature film, you will find that Dragonframe has the tools you need to create amazing stop motion animation.