Put Dragonframe at the heart of your next stop motion film.

Use the intuitive graphical interface to program advanced camera moves.

Create beautiful animation, one frame at a time.

Step directly between live view and captured frames or switch to auto-toggle. Loop playback to get the sense of movement you’re aiming for. The playback and stepping functions are fully customizable for your needs.

Load multiple reference stills or videos and view them with your animation. Blend them with opacity, pull a chromakey (blue screen), and even assign a garbage matte to see just the part you want. Pop out reference videos into a synchronized player if you want it off to the side.

With the Dragonframe keypad, you can stay focused on animating instead of hunting around with the mouse. And the hotkeys are fully configurable, so if you really like a feature that is not on the keypad, you can move it there.

Mark the screen to guide your animation with vector-based drawing tools. Plot and preview motion paths with the increment editor.

Plan your scene and track your progress in the X-Sheet side panel. Add reminders, sketch motion paths and adjusting timing.

Configure all of your composition guides, drawing layers and reference material from the Guide Layers side panel.

Use live view magnification to punch-in on a section of video assist image. (Canon, Nikon, Olympus and Fujifilm.)

Perfect your exposure, focus and composition. 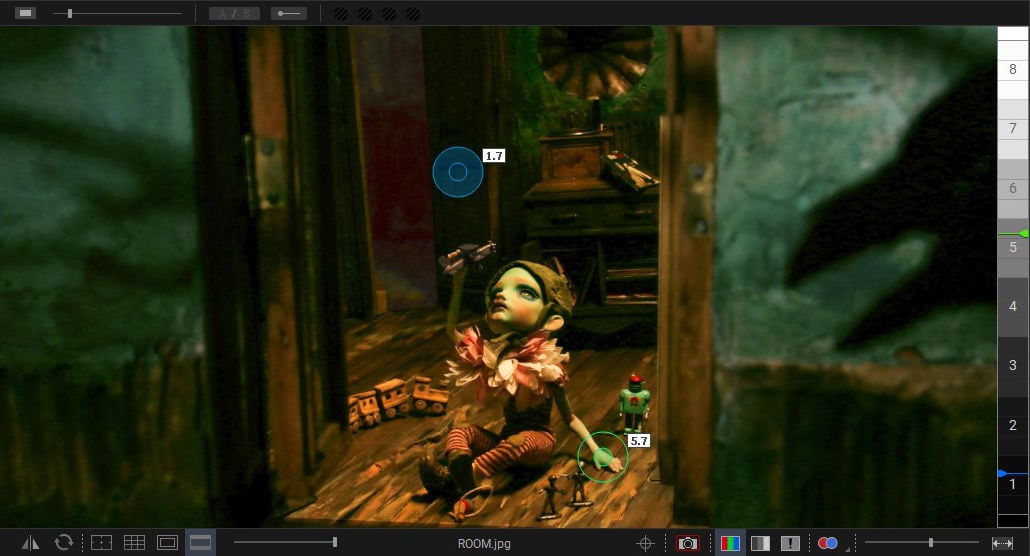 Set camera settings such as shutter speed, ISO and white balance directly from the program. Check and adjust focus with Canon, Nikon, Olympus or Fujifilm cameras. Take test shots and get your shot right, before you start.

Check images at full-resolution. Check for over or underexposed areas with the clipping view. Load images from other scenes to compare exposure and composition. Compare image contrast with the Digital Densitometer.

Use the color detection tool to compare tone ranges between shots, or to judge matte lighting for greenscreen effects.

Create color swatches by sampling colors from your high-resolution images. Save as Adobe Swatch Exchange to share with other programs.

Trigger movie recording on some supported cameras. Download videos and review them within the Test Shots tray.

Import multiple audio tracks and make basic edits. Split tracks and drag segments to adjust timing on the fly. You can even move waveforms and character track readings together, to keep them in sync.

Create characters, scrub through your audio, and assign words and phonetics for all your dialogue. View this data while animating, in the X-Sheet, Timeline, or Audio HUD.

View the mixed audio waveform in the Timeline or X-Sheet, so you can see what’s coming next while you are animating.

Use the audio from a reference movie within the audio workspace. View the video as you scrub through the audio and perform track readings.

Create your own face set as a multi-layered Photoshop file. Add groups for mouth, eyes, ears, or whatever parts you need.

View character dialogue or face sets while animating, in a configurable heads-up display.

Take your lighting to the next level with Dragonframe’s exposure-based DMX lighting board.

Control up to 512 lighting channels in conjunction with our DDMX-512, DMC-32, DMC-16 or DMC+. You define your lighting program before you shoot, and then watch as Dragonframe controls your lights during the shot, leaving your animators to focus on animating.

Define your lighting program with keyframes. Adjust the smoothness in each direction with a simplified “bezier” handle—giving you a large degree of control while maintaining an efficient programming interface. 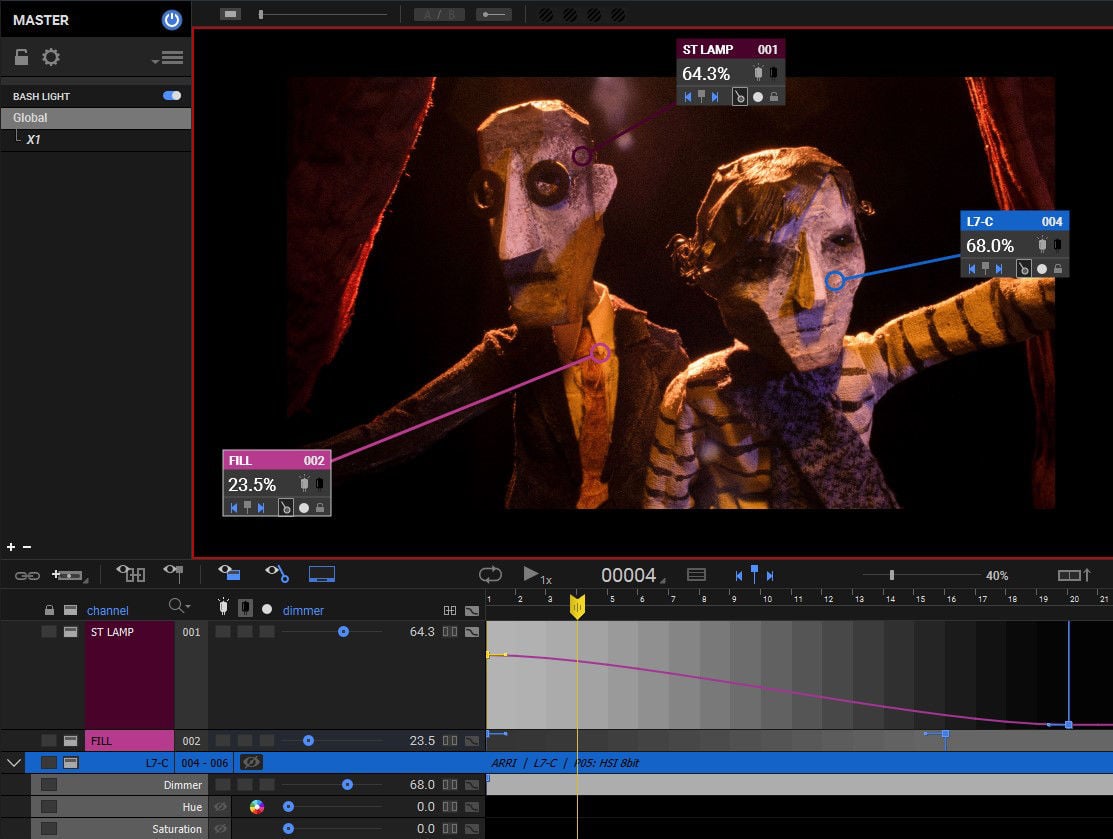 Program a work light to use while animating. 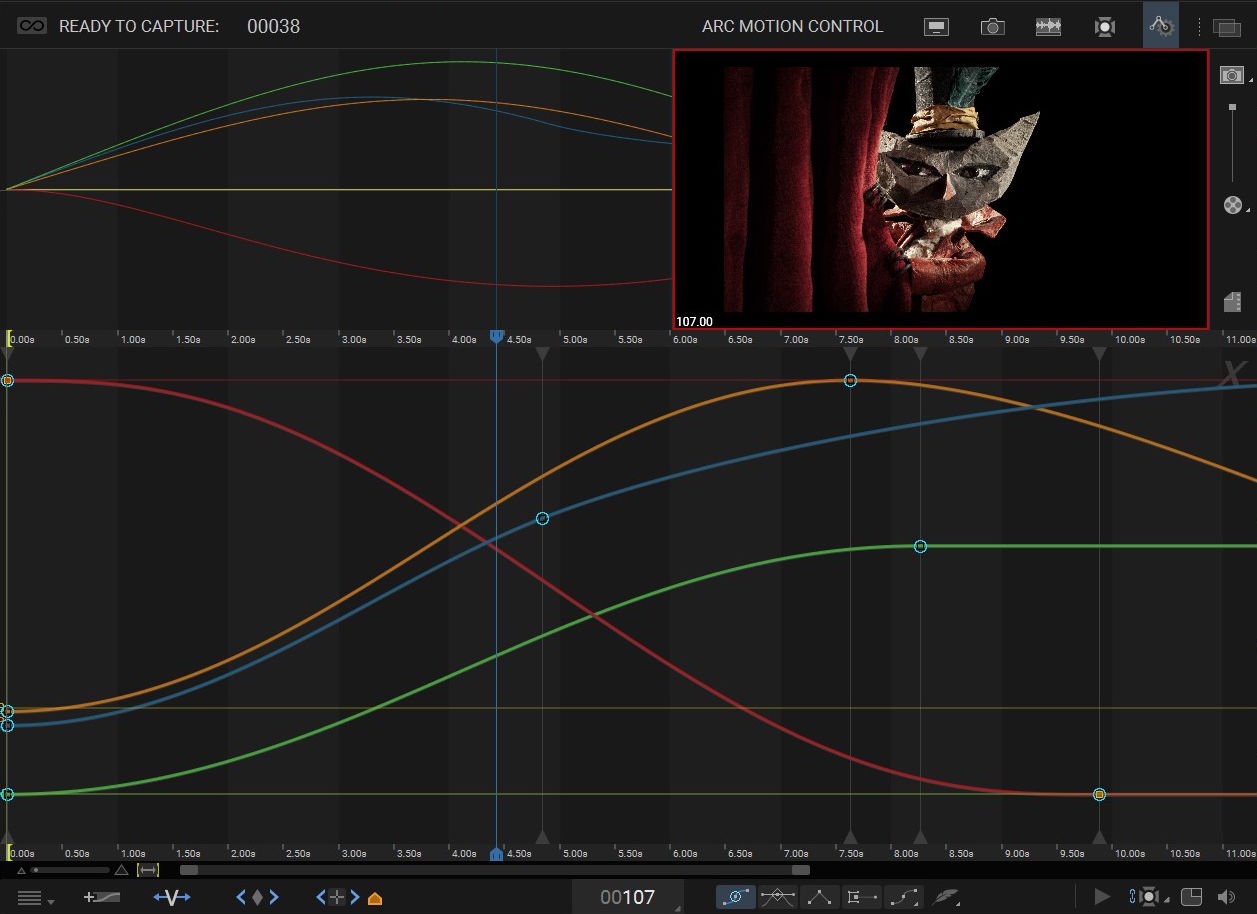 Integrated motion control means that you can program camera moves and lighting effects from within the same system. It means that you can quickly preview moves using the same camera you will be animating with. It means that the lighting and motion control will be in the right place, at the right time. So if the animator needs to reshoot a few frames, Dragonframe can safely move the rig back into the proper position, every time.

Once you’ve programmed a move, you’ll want to test it out. Run a move test within the Arc workspace and see how it looks. The move test captures video assist frames only, in order to speed up the test process. On a long move, you can reshoot just the section you’re working on. You’ll have the move perfected in record time.

You can use a wide range of hardware, from the do-it-yourself Arduino-based DFMoco sketch to off-the-shelf kits from the eMotimo or Slidekamera. See compatible hardware in our FAQ for more information.

Enter the jogpad mode to get large text and a simple keypad interface so that you can step away from the computer and get near your rig and set.

When used with the DMC-32, DMC-16 or DMC+ and a motion control crane, Dragonframe can provide virtual cartesian axes.

Transfer camera moves between Dragonframe and Maya, Kuper, or other 3D software.

Add extra smoothing of acceleration or deceleration with the new “feathering” tool.

Create motion paths by marking positions you want to hit, then adjusting keyframes to move through them.

Control up to 512 DMX light channels with the sturdy DDMX-512. This is the updated model of our very popular DDMX-S2.
Learn More

Provides 32 channels of fully synchronized step and direction signals at speeds up to 200kHz, a camera trigger, DMX512 lighting control, limit switch inputs, and a set of triggers for interfacing with an external device.
Learn More 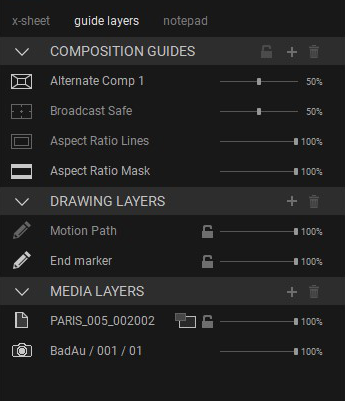 Add up to four cameras for additional high-resolution angles or video assist.

Separate Drawing Layers and References for each magnification view or alternative video assist.

Our free Dragonframe Tether now runs on both iOS and Android, and supports WiFi connections.

Add multi-channel LEDs (such as ARRI Skypanel) to the DMX workspace for easier setup and control.

Program the logic out or relay outputs via the DMX timeline.

Visually tie DMX badges to a point in the image.

Hand the motion control reins over to the art department with a simple move browser.

When used in virtuals, keep the camera pointed at specified point in space.

Transmit motor positions over OSC for integration with other systems. 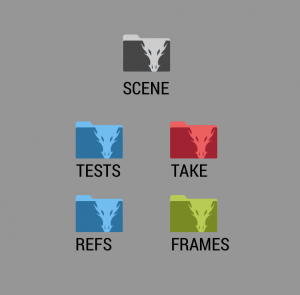 Name your project based on the classic clapboard naming convention.

Manage multiple takes for a scene

Create multiple takes within the same scene project. This carries over all of your camera settings, exposures, camera moves, notes, etc.

Manage the project from a dynamic exposure sheet that updates automatically as you add exposures, audio phonemes, camera moves, and change scene length.

Enter notes that pop up when it’s time to capture a frame.

Copy and rename scenes and takes

Duplicate a scene or take from within Dragonframe. 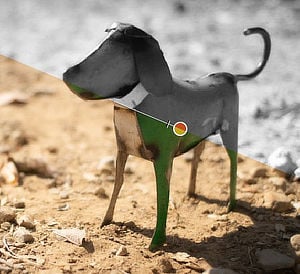 Shoot multiple passes for each frame for effects like front light/backlight or stereo pairs.

Adjust shutter speed and aperture together to affect depth of field without adjusting exposure.

Save camera settings in scene

Dragonframe saves your camera’s settings and restores them when you re-open the scene.

Lock camera settings for each exposure.

Save test shots separately and view them during any take of a scene.

Compare images from other scenes

Import any images and view them at full resolution.

Quickly see if you are clipping in the highlights or bottoming in the blacks.

Compare and match areas of exposure regardless of monitor inconsistencies.

Adjust the area around images in Cine widow to give your eyes a rest—or to suit the imagery.

Add an adjustable push-in mask for checking TV-safe and framing for pre-planned push-ins.

Add up to two custom grids to help with horizon line-up and composition.

Emulate ground glass with composition guides in the guide layers.

Use Dragonframe with many unsupported DSLRs.

Darken your monitor while capturing to keep its glow from interfering with your lighting. 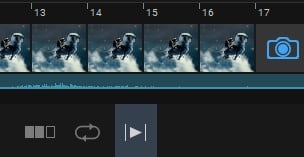 Step directly from captured frames to your live view.

Blend the live view over any frame in your animation.

Toggle between live view and captured frames with adjustable speed.

One keypress toggles between live and captured frames, then back again when released.

Quickly navigate your animation sequence, as well as select frames for playback.

Play back either your video assist frames or proxies of your full-resolution captures.

Draw paths and lines on screen to assist with animation.

Useful for re-lining up a shot if camera or set is bumped.

Useful when character is dark and background is light, or visa versa.

Use basic chroma key (green screen) pull for line up of effects shots.

Mark in and out points for playback and looping using the Nav-Line.

Use Canon, Nikon, Olympus or Fujifilm live view magnification to punch in on a section of the video assist image. 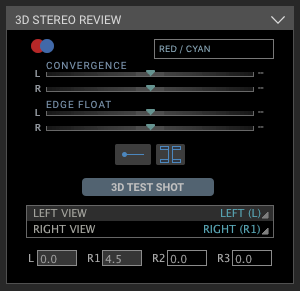 Take 3D test shots and use the 3D review tools to evaluate them.

Play 3D sequences using anaglyphs or transparencies in color or black and white.

Start time-lapse at a future date or time.

End time-lapse at a future date or time.

End time-lapse after specified number of frames are captured.

Capture within 0.1 second of the specified interval with most cameras.

Your camera’s high-res source files are saved in an easily-accessible directory.

Create a QuickTime, AVI or MP4 movie with many export options.

Export a rough composite to communicate with post-production.