Tom Rosenthal “How Have You Been?” by Heather Colbert

Director and Dragonframe blog veteran Heather Colbert spoke with us about her new music video for Tom Rosenthal’s song, “How Have You Been?” The piece is a fairytale-like visual lullaby that we were happy to hear more about.

“When I approached Tom Rosenthal, he told me a little about the new album;” she told us, “it was about sleep, and he wanted it to have a calming effect on his audience. I always love the research part of these projects, and I found myself drawn to ideas of the Sandman and ‘Hypnos’, the Greek god of sleep.

“I also saw a connection in the lyric, ‘I woke up, but it didn’t go away’ to the experience of living with mental health challenges such as anxiety and depression. I began to see a character whose job it was to make people calm and happy in their dreams, while living in fear and loneliness themselves.”
The main character in the piece is an upright creature with long glittery white fur, which looks to have been inspired by a rabbit, but more magical. Colbert explained: “Tom was keen to tell a human story (with this being his first acapella song) and we found that having an imagined creature as the protagonist meant that the emotions and ideas in the narrative could be understood as universal. Choosing a human face could limit and narrow the audience who might identify with it.

“I hoped the characters (nicknamed Hypnos and Shadow) would act as a metaphor for the internal conflict within the human psyche. The act of looking at all parts of yourself with kindness was the idea I wanted to offer. Understanding that all behaviors, even the ones that may seem destructive, are all trying to look after you in some way. With this in mind, I designed ‘Hypnos’ to be endearing but not overly cute. I wanted the characters and their world to have a feeling of the strange and ‘other’.”

The reaction to the characters has been enthusiastic. The over 200 comments on Youtube alone were very gratifying for Colbert to see. “This is why it has been so touching to see the response… I am so happy that the audience has connected with Hypnos and Shadow, and can see themselves in these characters.”

Colbert recently joined a collective of stop motion artists led by (another friend of the blog) Joseph Wallace called Hangar Studio in Bristol, UK. She hopes to continue to build her community of like-minded artists and recently collaborated with Abel Carbajal on his graduation film made in ESCAC, Barcelona, as a character designer and puppet maker. She called that, “an incredible experience,” and told us, “I am going to focus my efforts on collaborating with other animators and directors for a little bit now. Being in total creative control of these music videos has been a privilege at this stage in my career, but the pressure of producing them on my own has been quite tough.”

For more on the process, see Colbert’s BTS stills below: 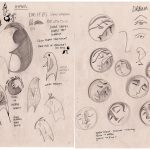 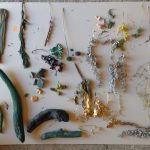 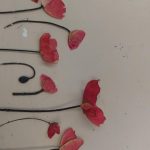 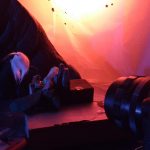 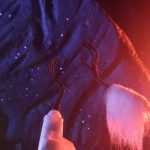 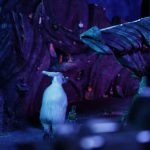 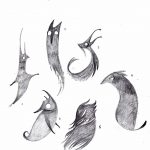