This week we highlight another stellar music video: a paper-cut-out/photo collage piece by Joseph Wallace made for Parker Bossley’s song, “Chemicals.” Wallace describes “Chemicals,” this way: “His track dealt with the notion of taking a trip and the trials of lovers under the influence and somewhere between the sentiment of the song and the quality of the music I decided to utilize a kaleidoscopic visual technique with the cut-out images.”

The psychedelic video seems to move between literal story-telling and metaphor. Wallace told us, “The production process hinged on a great deal of structured improvisation, responding to found imagery and having that grow the visual language from my initial conceit of Parker himself moving through a series of metaphysical doors.”

When asked about challenges, Wallace told us that even though cut-out animation is slightly more straightforward than the full puppet animation process, it’s not without its challenges. “I built a new multiplane from scratch to shoot the video on,” he said, “with a large field to animate on but actually, due to the nature of the size of found images from magazines, everything tends to be quite small and incredibly fiddly!

“The major challenge with this video was shooting over four minutes of animation in three weeks. I couldn’t have done it without the help of the brilliant French animator Marie Lechevallier who was with me for about a third of the production.” That does sound like a feat, especially considering the multitude of journeys contained in the finished product!

For more behind the scenes on the production check out these images: 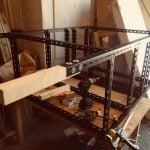 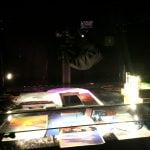 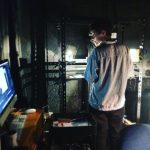 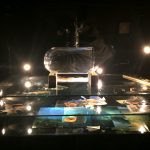 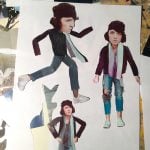 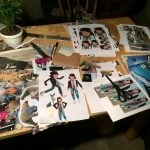 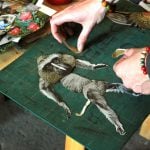 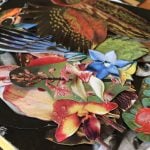 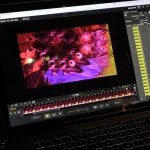 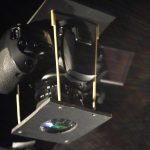 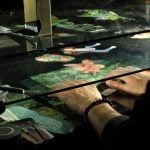 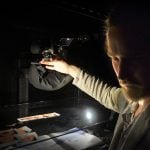