The Moon’s Milk by Ri Crawford


Narrated by the unmistakable pitch of Tom Waits, The Moon’s Milk chronicles the last expedition of Captain Millipede and his crew to harvest the milk seeping from the moon’s craters. The story imagines the time when the moon was close enough to reach by ladder which, as the film’s Kickstarter states, “further complicates the attraction between the characters.”

Like all good stop mo, the film took Ri Crawford many years to create. “The first two and half years were devoted to the fabrication of the puppets, sets and props,” he told us. “I machined ball and socket armatures using brass and stainless steel for the five main characters, cast their heads and hands, and spent an inordinate amount of time with toilet paper mache making the moon sets.”

Luckily Crawford had help. “I was fortunate to meet my main stop mo collaborator, David Lauer, working with Phil Tippett on his nightmarish epic, Mad God. David became the second animator on The Moon’s Milk and he and I continue to collaborate, including on a short stop motion film within the upcoming film, Sorry to Bother You.”

Much of The Moon’s Milk was shot against a green screen to accommodate the limited size of Crawford’s basement studio and achieve a larger feel to the environments. “I was able to build the set pieces for the background in a much smaller scale than the puppets themselves,” Crawford said. “Shooting obsessively for almost four years, the 18,193 frames that are The Moon’s Milk became a reality.

“Making a stop motion film is itself a big challenge,” he continued, “it’s a miracle they get made at all! Aside from the endless practical challenges associated with working in a small basement studio where I bump my head a lot, an interesting artistic one was designing the water for the surface of the ocean.”

Oh practical water, that Holy Grail of stop motion. After trying a few different materials, Crawford did finally settle on a recipe of, “Three layers of cellophane glued down to thick fabric. The waves and swells were animated using a series of cam shafts made with dowels and aluminum wire that are turned incrementally.” Apparently this took four sets of takes, but the result was well worth it, what is a seafaring adventure without the mystic draw of the water?

For more on Crawford’s process, see the behind the scenes timelapse and images below: 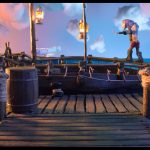 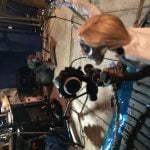 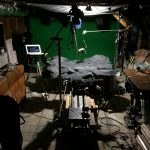 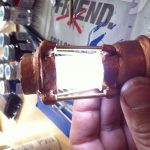 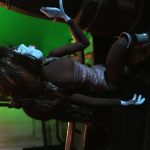 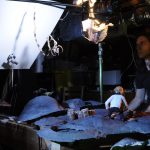 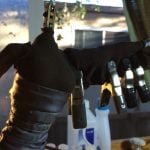 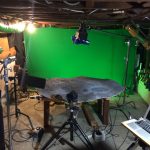 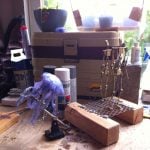 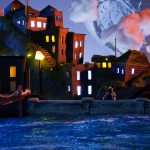