As hot as stop mo gets, across all the years and permutations, there is still something so appealing about traditional cut-out animation. Mr. Paper Goes Out for a Walk director Steven De Beul: “We came to the conclusion that (traditional) cut-out animation would work best—playing with paper directly under the camera. But we did want to go further than that; we wanted to make use of the possibilities offered by paper and cardboard.”

Mr. Paper Goes Out for a Walk is a short film, based on an original story by Elvis Peeters, illustrated by Gerda Dendooven. Beast Animation used the book as a guide for making the film script, translating Gerda’s illustrations into characters and sets for animation, improvising here and there to keep the seven minute film interesting.

In playing with ways to push traditional animation further, the Beast team developed what they call “2.5 D,” a method for animating paper so that it does not always stay flat on the animation table: it folds, and wrinkles and sometimes even stands up. Researching that animation style, building the scenery and the characters, and animating the film itself took about six months.

“Once we had finished,” De Beul told us, “ we went looking for the right sound. That too had to fit in well with the atmosphere of the book and the characters. We decided to make as many foleys as possible with the help of paper and cardboard. We started working with different weights of paper, different kinds of cardboard, newspaper, pizza boxes—to provide butterflies, footsteps in the grass, footsteps on a bridge, a door that opens with sound.”

De Beul told us that one of their primary challenges on the project was limiting the amount of post-production. “We wanted to make as much as possible directly underneath the camera, and not solve or add too much in composition or post. That’s why we worked in different scales. One specific for the close-ups, another for the larger shots. Apart from adding a few lateral camera movements, we succeeded in our aim: to intervene as little as possible afterwards.”

Proving the beauty in technical simplicity and old fashioned solid storytelling, the finished product sings with harmony and interest. Sometimes there is no substitute for good craftsmanship, start to finish.

For a further look behind the scenes check out the photos below: 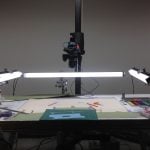 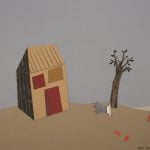 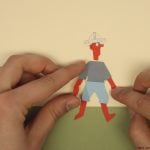 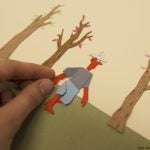 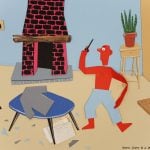 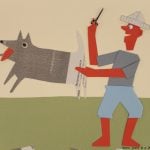 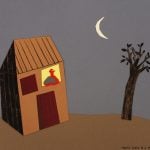