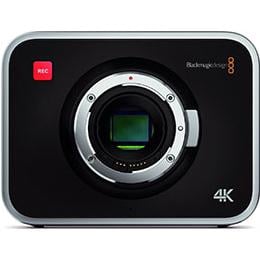 Dragonframe does not control this camera's settings.

This setup is for a specific Blackmagic Design camera. There are only two BMD cameras with direct Dragonframe support.

Newer cameras can be used by taking the HDMI output from the camera and bringing it into Dragonframe via another BMD capture device. We recommend using a supported still camera.

Dragonframe cannot currently capture DNG files from the Production Camera 4K, because that functionality is not available through the camera's Thunderbolt connection.

Find camera troubleshooting tips in Frequently Asked Questions
We and selected partners use cookies or similar technologies as specified in our privacy policy. You can consent to the use of such technologies by closing this notice, or by continuing to use the site.OkPrivacy policy
Go to Top