Petco’s “Saving Up” by HouseSpecial

This week we feature a very snowy piece with a very warm feel for Petco. In “Saving Up,” a little boy (felted puppet) is saving up for a precious bike when he falls in love with a three-legged dog at a shelter near the bike shop. When he gets the bike for Christmas, he uses the money to get the dog with supplies from Petco. Ultimately the boy re-purposes the bike’s wheel as a way for the dog to get around more easily and keep up with him. The message from Petco, that it feels good to give, dovetails with their program to get something for your pet and donate one to an animal in need.

Alise Munson of Portland’s HouseSpecial animation studio spoke with us about the production. “This 90-second short film was made using felt to create 19 hand-made puppets and hundreds of props to give the piece a warm holiday feeling,” she told us. “The production included 10 detailed stop-motion sets (entire streets and multiple interiors), 30 tiny dog bones, hundreds of tiny decorative lights, five cars, eight dogs, two pink fuzzy dog balls the size of a pea, two tiny holiday mugs, a miniature hand-knitted sweater, a baby in a monkey costume, an actual working bicycle and yards of classic loft polyester batting to help create the snowy scenes.”

When we asked co-director Mark Gustafson about the tender moods created in the piece, he told us, “We approached the filmmaking with a sophisticated eye–the lighting and camera movement reflect an immersive, filmic aesthetic, featuring deep environments with strong graphic elements. Evening scenes are beautiful and cinematic, lit with miniature, practical “candles” and working light fixtures within the frame. Christmas morning is bathed in shafts of angled golden light that pour through the windows…washing the family gathered around the tree in the glistening magic that is Christmas.”

Although successful, the process was not without challenges. “VITRO’s script had a strong emotional message that hooked us on the first read,” Co-Director and Creative Director Kirk Kelley said. “Our biggest challenge was a five-week schedule to bring the story to life—from storyboarding through design, build, animation and post—and with the collaboration of the Petco & VITRO teams, we succeeded in creating compelling characters and the visually engaging world of ‘Saving Up.’”
Petco’s “Saving Up” debuted on November 19, 2018 with a national television run, as well as in movie theaters coast to coast. The spot is also online and has earned around 7 million views on YouTube as 2018 ended.

For more on the production see these behind the scenes images taken by Jay Lee: 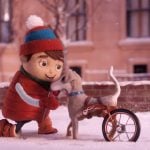 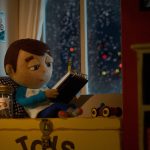 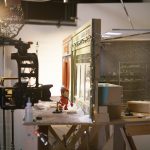 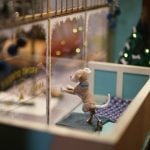 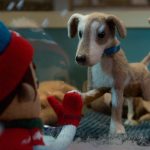 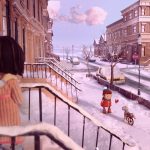 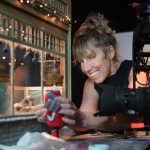 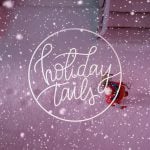 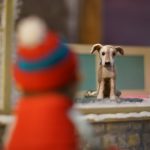 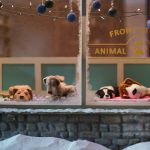 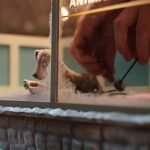 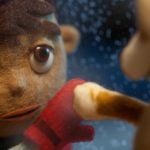