When Animator, Anna Mantzaris was approached by Global Women and Saatchi & Saatchi to create a spot for Global Women New Zealand for International Womens Day, 2021, she was thrilled. “It’s such a motivation to work both with a project that has a great cause that I support but also feel for,” she told us. The piece, which ends in the tag: “Let’s Drop the Motherhood Penalty,” is the humorous, yet important, portrayal of a woman moving through her day at the office making terrible choices like cutting off (what seems to be) her boss’s tie and eating the cookie from his lunch. Titles come in at the end saying: “Career-Limiting…But Not as Career-Limiting as Having a Baby.”

“I have many female friends working in the creative industry,” Mantzaris said, “and I see how difficult it can be, and how they feel much more torn between if they should start a family or continue to build their career, while it seems like it is easier for men to be able to choose both…on top of being a subject that I’m passionate about it also has a great concept, AND I got to do it in my style and feel trusted. So, it was truly a dream project.”

The film was made for release on International Women’s Day, 2021. The organization Global Women New Zealand specifically wanted to talk about the “Motherhood Penalty” and the impact on the working life of women that choose to have kids. The job was commissioned by Global Women, working with Saatchi & Saatchi, who came to Mantzaris with the concept and her storytelling style in mind. “I think that is partly what made it work so well,” she said. “They wanted to work specifically with me and the way I tell stories, so they came up with this great idea and a script draft that we then finished off together–with their original concept and some ideas and adjustments from my side, we had a really great connection and working relation throughout the whole process.

“For this project I did all the storyboard, animatic and design myself. I felt that it was really important to keep my touch and my sense of timings. I also made the puppets myself but got help from two fantastic costume makers for all the costumes: Kat Probert & Isabelle Riley. I would not have time and neither could I do close to as good work as them! I also worked with my modelmaker Hetty Bax who made all the sets and props, and cinematographer Donna Wade for the lighting.

Working for a non-profit challenged this director in more than one way. “Of course for a charity job the budgets are not like the commercial budgets, but it was still as important, if not more, to get the project right. So we had to be clever and find different solutions, such as making an animation table out of Ikea trestles, but it actually worked really well! The content and message of the film also helped to get people on board. I animated some myself, but also got help from two great animators: Mark Waring and Tim Allen, both whom I met on Isle of Dogs a few years back and we have worked together a few times since then.

“The biggest challenge was just that I really wanted it to work well, and to be really good–both the looks of the puppets, and the overall look but also for the message and the humor to come through. To find the right tone and not make it “too little” it should be weird and funny, but also not to make it over-done so it feels too cartoony. It’s a fine balance that I wanted to hit.”

Mantzaris ended our conversation with a comment that comes through in the quality of the piece, recently chosen as Vimeo Staff Pick of the Week. “Overall, it was such an enjoyable project, I wish I could do projects like this all the time!”

For more behind-the-scenes check out these pics of the production: 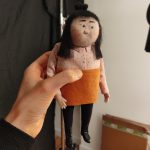 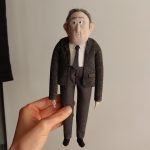 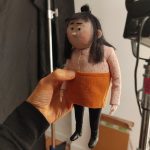 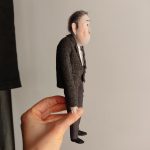 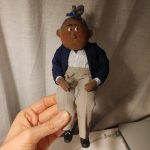 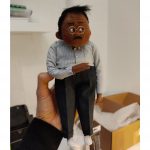 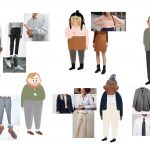