Netflix continues to knock it out of the park with their original programming and it’s looking like stopmotion is right in there along for the ride. This week we’re featuring our second recent pick from Netflix Originals: a one-minute piece by Paper Panther Studios, which served as the finale to episode four of the second season of the hit show, Disjointed.

Here, a carnival meets space theme centers around the bumpy love story of Travis and Olivia, with Travis as an old-time circus master of a dark and wild adventure. Creepy circus music and shadowy lighting give the piece a wonky carnival feel that, like the show itself, is a little more than half-baked.

This fun, moody piece was conceived out of Paper Panther’s Dublin studios by team-member Eimhin McNamara. We spoke with McNamara about his materials, which included: wood recycled from an old oak couch for the wooden puppets, spaceship, and planets, and acetate painted with cel vinyl and gouache for the cutout of Travis, along with hair gel for getting that sparkly eye look under the camera. They also used cinefoil for Travis’ cape, as well as for the elephant’s skin, whose under structure was a wire armature bulked out with foam core upholstery foam and milliput.

We asked how they handled their fluid transitions and McNamara told us, “There were a number of camera ‘swipes’ where we used paint on glass animation (by Carol Freeman & Katie Sherlock) to have a more organic transition between the scenes, when jumping from the flat cutout scenes to the 3D puppet set and vice versa.”

When asked about any challenges, McNamara said, “There were a number of shots where it involved set substitutions mid-scene which required a really tight tolerance for the line ups–thankfully this was made pretty straightforward with [Dragonframe’s] live zoom function.”

This prompted us to ask how his overall experience with the program was. “Dragonframe worked great,” he told us, “even with all the overlays and reference footage, and live green screen keying we were throwing at it. There were also a number of shots which required multiple lighting passes (clean plate, green screen plate, optical effects) so for that we used the multiple exposure sheet capture function, which really sped up the editing process afterwards.”

We’re so glad to hear it, Eimhin, and glad to be a part of the fun!

For more on the making-of this piece, check out the photos of Paper Panther’s process, and behind the scenes video below: 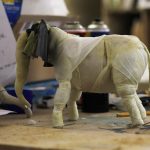 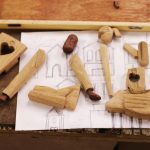 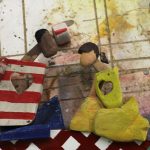 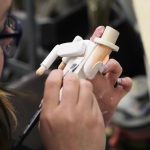 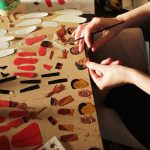 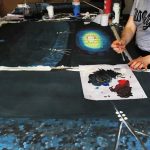 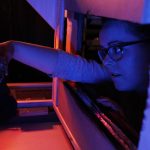 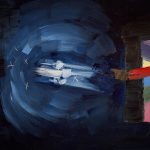 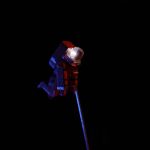 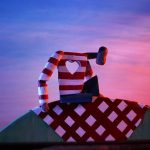 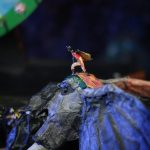 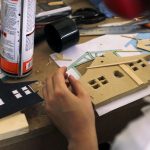 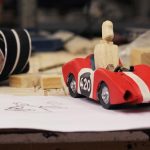 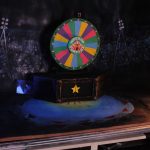 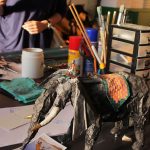