In this reimagining of a Melville classic, “Bartleby” features an unassuming Wall Street lawyer who finds himself beset by a new employee. Bartleby refuses to work–in an ongoing act of passive refusal, he simply ‘prefers not to.’ A quiet, dogged battle of the wills ensues in this stop-motion short which has been met with much acclaim, including being chosen as Apsen Film Shortfest’s 2017 Official Selection.

Director Laura Naylor explains the film’s genesis with Kristen Kee this way: “We met in a tall tower in New York. You could say we were trapped, if you were prone to hyperbole. Both art school alums, neither of us had intended to work in an office, let alone finance. But like a lot of creative people, we needed a steady income. And like a lot of creative people in that situation, the time we spent not making things was filled with talk of making things. And of making an escape.

“…In Bartleby we found an avatar who could ‘prefer not to’–though we might still have to. At least for now. And stop-motion animation was, or so we thought, the perfect medium–leveraging equally our film and sculpture expertise. In the choice of medium there was also a beautiful rub: for a lead character who prefers, by the end, to essentially do nothing, stop motion is a perfectly anachronistic choice. It requires continuous, labor-intensive opting in. There is no ‘prefer not to’ in stop motion”

The film took two years to make. “We shot in a warehouse in Brooklyn for the first six months of 2016,” said Naylor, “and then spent the second half doing post-production (including letter animation, editing, music composition, sound design, and color grading).”

When asked why they chose both paper and clay, Naylor explained, “We wanted to have a clear visual delineation between the reality of the office and the boss’s imaginings. Plus, we wanted to layer in repeated references to paper, to the physical world of text, Bartleby and Melville.

“We were equally taken with the rich history of paper animation and were excited the medium fit so well into our vision. And using paper to create the fantasy world highlights the raw, sketch-like quality of all fantasies.”

With respect to the inspiration behind the puppet and set design, Naylor said, “We wanted our dingy muted world to reflect the monotony of plugging away in a typical office–but in a way that you can digest immediately. And while our lighting is often naturalistic, the goal was not to replicate reality with the style of our sets and puppets. We embrace the fact the we’re using handmade objects, and even highlight it (with seams, textures, painterly bits, etc).”

For more on the team’s process, see these behind the scenes photos: 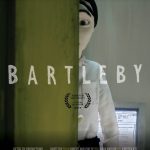 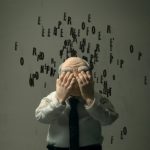 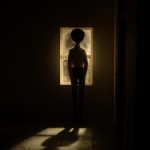 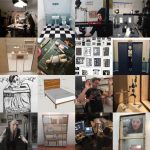 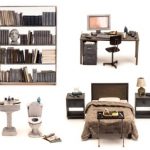 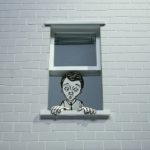 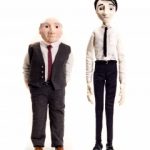 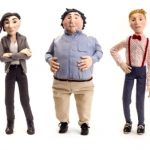 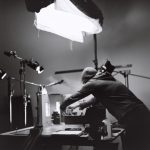 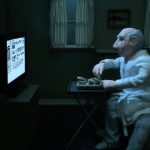 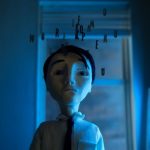 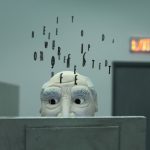