All Tender Things by Tatu Pohjavirta

“Is it possible for us to honor other people’s sacred values?” This is the central question director, Tatu Pohjavirta, seeks to answer in his new short, “All Tender Things.”

“In a secular society,” he explains, “experiences of the sacred are no longer commonly shared. Some people consider nature, homeland or religion as sacred. For others it can be something totally different. They might sanctify love, the body, food or art.”

This piece follows the allegoric journey of stocking puppets who are reminiscent of sand people–primitive, but with all of the essential drives that motivate the human experience. “The initial idea for this project was to make an experimental animated installation of different kinds experiences about holiness,” Pohjavirta says.

“First I studied social and religious studies around the subject for a few months.” Once he settled on a character-driven short over an installation piece, Pohjavirta got to work. “While figuring out the way with the subject I found the wrinkles of stockings. I have been using stockings as the skin for puppets. It is old Estonian puppet-making technique and I learned it in school. So in a way the stocking puppets are a homage to old Estonian tradition.”

“The biggest challenge in making the film was the fire,” he said, echoing what so many animators have shared with us in the past. “The film has more than 100 shots around the fireplace. So putting effort for that was necessary.

“I filmed alone and I wanted to minimize animating mechanical movements. For a decent stopmo fire you need the light to be animated. I decided to build steppermotor system for that, so I could concentrate fully on animating the characters. I built a Moco-System with Arduino and ordered the parts cheap from the internet.

“With Dragonframe controlled Arduino, I also got some practical lights for the fireplace. Letting the computer animate mechanical stuff like that was great. Building your own Moco-System was fun and rewarding. The system is not perfect but it is good enough for me.”

We can relate, Tatu! All tender things was completed this week. “The premier for the crew and friends was meant to be yesterday but corona isolation got in the way, he told us. “My next project is in really early stage. Now I am studying the difference between political and religious movements. I believe that they are not as different as people generally assume.”

That’s great to hear we’re looking forward to seeing it, and we hope you get your premiere soon–art this good needs it’s reception.

For more behind the scenes looks, see the pics below: 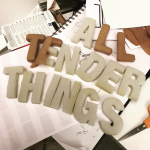 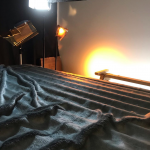 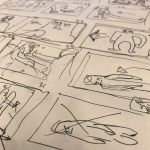 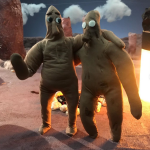 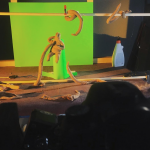