1979 is a nostalgic look at young love, following a young couple as they meet as children, fall in love as teenagers then drift apart as young adults. The paper cutout animation is set to the song of the same name by Sweden’s Pain of Salvation. “The idea started when I saw a peephole display at a local museum,” Director, Mike Taylor told us.

“It showed a different scene of a whaling event on each piece of paper that you could look all the way through–like a tunnel book. I thought that would be a great way to move chronologically through a story. As a CG animator, I always loved stop motion and challenged myself to create a stop motion animation using the peephole idea as the basis.”

In a post on his blog about the piece, Taylor asks, “What’s more nostalgic than your first love?” The short’s vintage-quality drawings that catapult the viewer back to the late 70’s come pretty close. “I had a character illustrator create line drawings of each character, based on reference photos of me and my family from the late 1970’s,” he said, explaining why the imagery feels so authentic.

“I then painted the pieces in Photoshop, printed them out on matte photo paper, attached each piece to heavier-stock paper then cut out each piece of the character. Puppets were assembled using museum wax (which seemed to melt a bit in warmer weather, causing some headaches). Each character and background was animated/filmed separately against a green background, then the whole thing was assembled in After Effects.

“The biggest hurdle, for me, was learning how to adapt my process of animating in a computer to animating frame by frame without an undo button. I found I had to plan much more carefully and was very thankful for being able to play reference video in sync with what I was animating as well as have a reference video underneath what I was shooting to make sure characters hit their marks.”

The short has been available on Vimeo since June and Taylor has been slowly submitting it to festivals around the world. “I was very excited to have its world-wide premiere at a local film festival here in Western Massachusetts, where I live. It has screened in Barcelona and will be part of the Queens World Film Festival in November with hopefully more to follow!”

For more behind-the-scenes on the film, check out the images below. 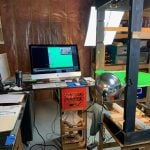 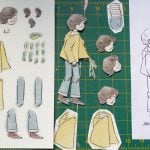 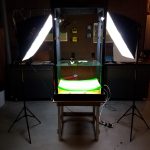 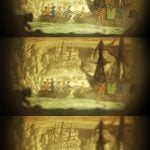